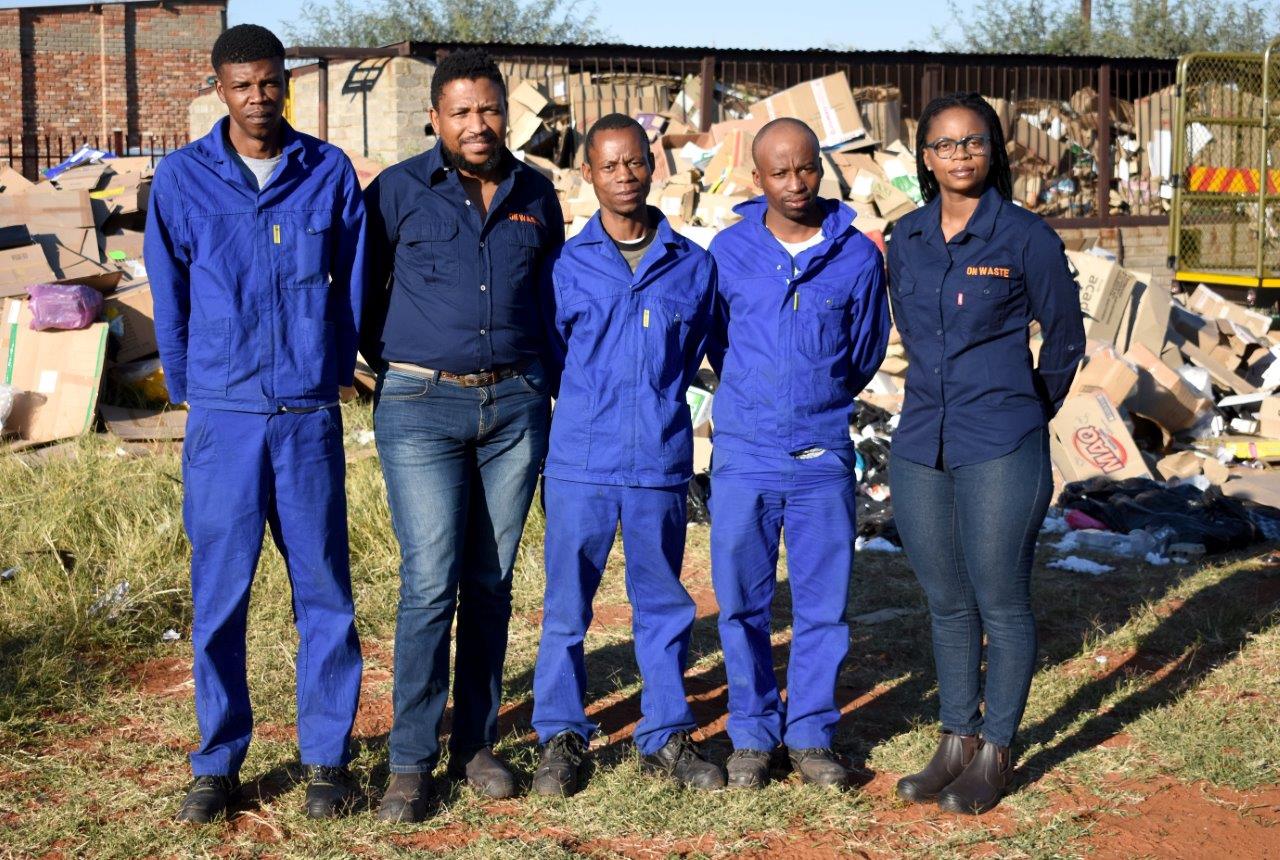 Environmentally sustainable waste management can help address a number of challenges faced by residents of Kimberley and the surrounding communities.  Currently about 75% of the waste produced in the area ends up at landfill sites, of which most is burned. This is the impetus behind establishing a new SMME, aptly named ‘Move-On-Up’, which plans to reduce the strain on the landfill by recovering recyclables.

“My education as a mechanical engineer and now being father of two has led to a passion for changing and saving the environment through waste management,” explained Mr Edgar Ndebele, entrepreneur and owner of ‘Move-On-Up’, a fledgling 100% black owned youth enterprise that is based in Kimberley and supported by Droogfontein Solar Power.

The practice of recycling and reuse fundamentally reduces net environmental impact and is also a sustainable social business model. These are some of the reasons why the solar plant has chosen to support this local business which currently employs five people and has the potential to create many more jobs in the area.

“It is widely accepted that incineration practices do not actually enhance sustainability, but rather leave behind a lasting and negative environmental footprint, which rural South Africa can ill afford. Plus, this business has the potential to employ local youth,” explained Hlengiwe Radebe, Economic Development Director of Droogfontein Solar Power.

‘Move-On-Up’ is responsible for the collection, separation and recovery of waste, achieved by establishing relationships with recycling partners. The funding provided by the solar plant has provided equipment, tools and working capital. Owner, Edgar Ndebele, believes that his engineering qualification and proven business model forecasts sustainable growth.

The business is set to focus on youth employment, which according to Statistics South Africa’s report released earlier this year is a critical area, with the burden of the country’s unemployment being concentrated amongst the youth.

“We are establishing a process plant for the recovery and sorting of recyclables and have plans to eventually take over the municipal landfill site if the opportunity allows,” concluded Ndebele.

This website uses cookies to improve your experience while you navigate through the website. Out of these, the cookies that are categorized as necessary are stored on your browser as they are essential for the working of basic functionalities of the website. We also use third-party cookies that help us analyze and understand how you use this website. These cookies will be stored in your browser only with your consent. You also have the option to opt-out of these cookies. But opting out of some of these cookies may affect your browsing experience.
Necessary Always Enabled

Any cookies that may not be particularly necessary for the website to function and is used specifically to collect user personal data via analytics, ads, other embedded contents are termed as non-necessary cookies. It is mandatory to procure user consent prior to running these cookies on your website.