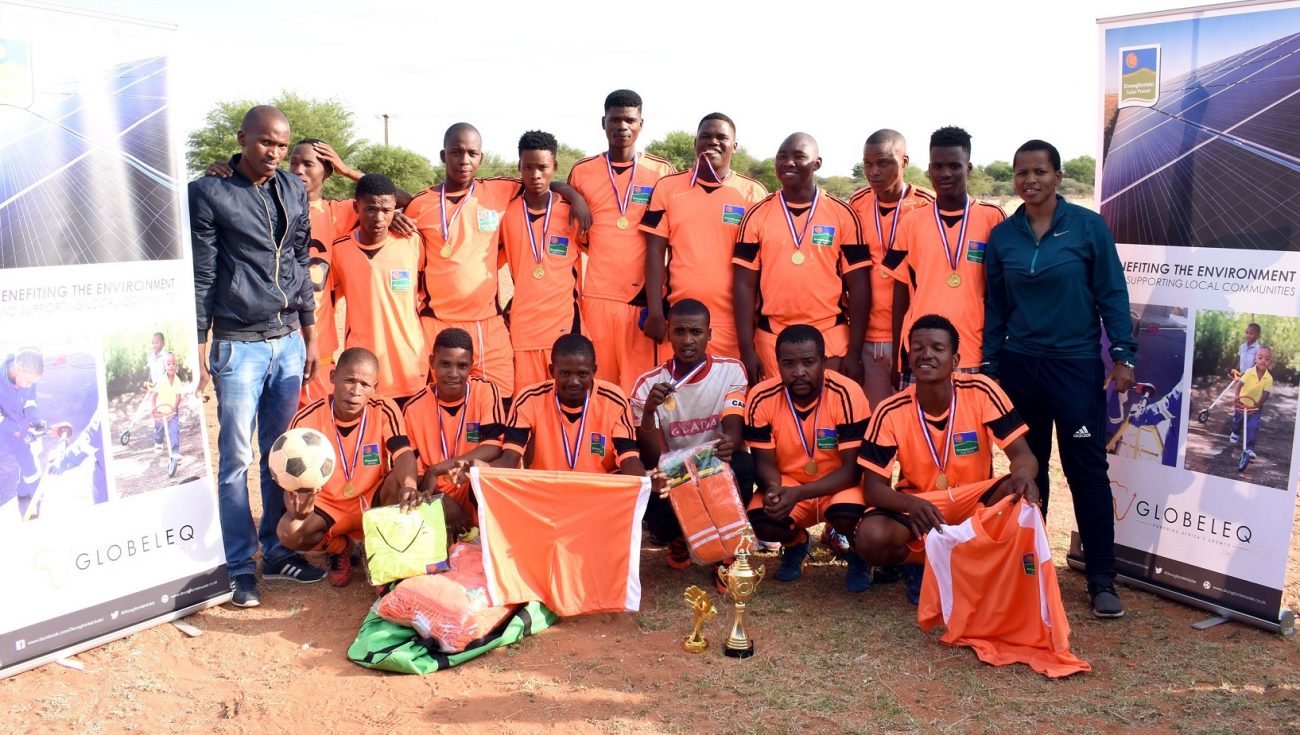 Mighty Young Stars FC have also been sponsored, receiving kit and equipment for the club.

“The value of sponsoring community sport extends beyond the sport; it can play a role in bringing communities together, having a social and cultural impact and developing social capital,” said Hlengiwe Radebe, Economic Development Director of Droogfontein Solar Power.