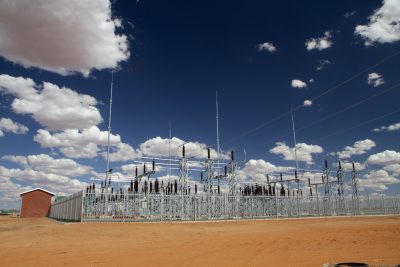 Droogfontein Solar Power has announced that it will begin the project’s Energisation process early to take advantage of Transnet’s Kimberley line closure, which is planned for 1 October to 10 October. “We will be feeding into the same traction line that supplies Transnet with power, so it makes sense for us to bring our Project’s Energisation forward to coincide with the railway line’s shutdown,” explained Kevin Foster, Project Manager for Droogfontein

The Energisation process is a major construction milestone for this Independent Power Producer.  The process is scheduled to commence on 6 October and will take place over a couple of days.  Most importantly, this process will not have any effect on businesses or residents of the Sol Plaatje Municipality.  The project is expected to generate power and feed into the Eskom grid in late 2013.

The Energisation process will include stringent Eskom and South African Health and Safety standards, which will be adhered to by all workers on site.  The substation is divided into two parts, one for Eskom and one for the Project. Eskom is responsible for the commissioning their side of the substation.

The Energisation process incorporates a range of procedures that includes de-energising the Eskom traction line and a range of commissioning tests, before the line can be re-energised.  Once the traction line has been re-energised the system will be closely monitored.  “This process is critical to the project, as this Energisation will allow for the import of electricity to complete the commissioning of the Solar plant equipment and for the export of power back to the grid,” concluded Foster.